As the Coronavirus relief efforts and measures are in full effect, some of us have ended up with a bit of free time, considering that we’re stuck in practicing social distancing. If like us, you also find yourself at home with nothing to do, the best thing you can do is to find a good time-waster and watch the hours fly by. For us, that time-waster just happens to be video games! At PrimeTime Amusements, while we’re always looking out for newest releases and updates in the arcade industry, we have a soft spot for the games we played growing up, which are now known as the “classics” or retro games.

In our own efforts to help you have a better time while self-isolating due to the COVID-19 Coronavirus, we have compiled a list of our 5 best retro games to enjoy with your newfound downtime. If you want something that will help you make time fly by, consider these timeless classics:

Considered by many gamers as the greatest of all platform shooters ever made (with the original Contra as the granddaddy of the genre), Contra III definitely wasn’t the first game of its type to enter the scene, but it sure as heck got the formula down to a T. Offering a blend of side-scrolling and top-down shooting action, this game had plenty of stages and a wide variety of enemies and bosses to keep the gameplay fresh and challenging, especially if it’s your first time playing—at which point we suspect you won’t even get through the first level.

Contra III’s largest appeal, for us, aside from the smooth and responsive control and the plethora of upgrades to help us destroy the aliens in a wide variety of manners, has to definitely be the challenge. There are seldom things more rewarding than finally landing that last spread shot on Jagger Froid after a long night of shooting alien invaders across many different levels.

The Legend of Zelda: A Link to the Past

We know we usually focus on arcade games with simple narratives and storylines, but we’re making an exception for this list, considering that we want to list entries that could keep you invested for days, or maybe even weeks. The SNES Zelda title definitely fits the bill as you’ll be traveling both Hyrule and the Dark World in a bid to stop the evil Ganon from taking over the light realm. 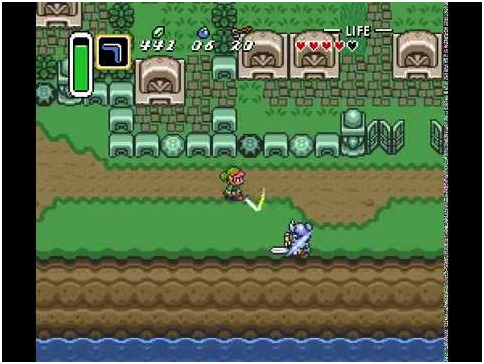 In this game, you will control the brave Link, descendent of the old knights of Hyrule, as he must gather power artifacts, including the fabled Master Sword, and defeat Ganon’s lieutenants, before facing the pig-like King of Thieves himself. All in all, A Link to the Past offers around 20 to 30 hours of pure adventure goodness, which is a great way to pass the time while you’re stuck home. And the best part is that it’s included as a free title in Nintendo’s online subscription service for the Nintendo Switch. In this sense, if you own a Switch, odds are you already have access to this stellar title.

Now, while we’re aware this title isn’t strictly retro (though 1997 was a long, long time ago), the imminent release of Final Fantasy 7 Remake makes it a very timely addition to this list, not to mention the fact that it offers many days of entertainment for any avid RPG fan. While the topic of the “best Final Fantasy” game is a subject of widespread debate among the community, the seventh entry of this popular series of games definitely had a huge impact. 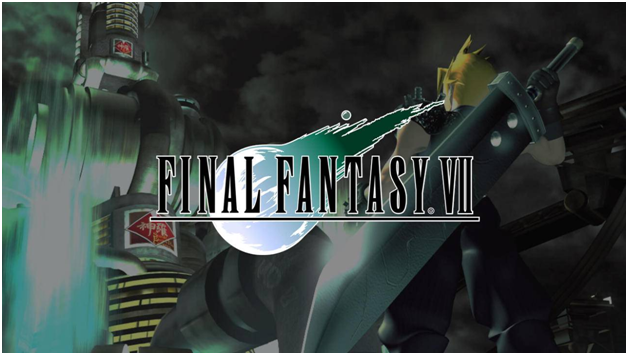 Even though Final Fantasy 6 was a commercial success, the franchise still hadn’t established a foothold in the West, which is why Square Enix (Squaresoft at the time) was hesitant on what to expect from a release in the region. In fact, their projected sales in America were less than half of what was expected in Japan. However, what the company didn’t foresee was that Final Fantasy 7 would go on to become most of the Western world’s first entry into JRPGs, and would blow the market wide open for other games in the genre.

Now, we don’t want to spoil the plot of the game too much, considering that FF7R will be the first experience with the game for many people. But suffice to say, it’s a stellar turn-based RPG that uses the series’ iconic ATB mechanic. It combines a memorable cast of characters with plenty of development and story arcs, and plenty of great mechanics and systems to keep you glued to the screen from start to finish.

Final Fantasy 7 offers around 40 hours of gameplay, and is available on many different consoles and platforms, including the Switch. If you’re looking for a good RPG for the console, you might as well purchase a copy there.. 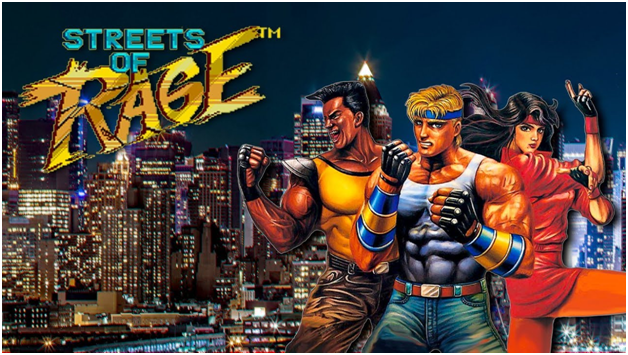 In this game, the plot is simple: The city has been taken over by an unnamed crime syndicate, which has its claw dug deep into even the police department. Because of this, three brave fighters abandon the force and use their own unique repertoire of martial arts and brawling skills to hit the streets (of rage), and take the fight back to the syndicate.

In terms of gameplay, it doesn’t get much simpler than this. The players progress through seven different levels in which they must brawl and defeat the enemy forces as they come from everywhere. At the end of every round, they must fight against a tough boss with significantly more HP than the regular goons. Like most beat ‘em ups, Streets of Rage is a game of attrition and repetition; one that you might master after playing through it a few times.

And of course, we couldn’t help but end this list with yet another SNES classic, one that you can also find as a free title for subscribers to Nintendo’s online subscription service. Super Metroid is the precursor of all Metroidvania. In fact, this is the game that usually gets referenced when speaking about the genre, which consists of exploring vast, sprawling 2D worlds and gradually powering up your character with myriad upgrades. As the player collects upgrades, they are then able to explore new areas that were previously inaccessible. 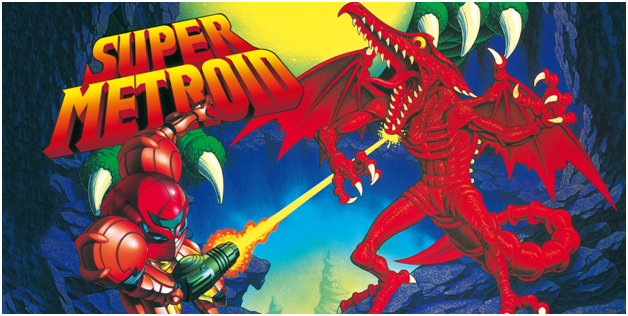 The main gameplay loop and consistent trickling of upgrades to the player create a sensation of empowerment as you grow from a helpless greenhorn to a seasoned adventurer at the end of your journey. And this is a sensation that Nintendo knows too well as it is the main motivator in most of its Metroid games, though the more recent Prime series also focuses on intense, fast-paced FPS action.

Regardless of your personal preferences, it’s likely that you’ll find something to like in this title. Whether it’s the constant upgrades, the different weapons, mastering the different movement mechanics (some of which allow you to break the game entirely), or the soul-crushing sensation of isolation (see what we did there?) that the game manages to create, there’s something for everyone in this awesome title.

With FF7 and Zelda, and now Super Metroid, you’ll be stuck to your Switch for a long time. In fact, with the five titles we’ve mentioned on this list, odds are that you have enough material to turn your boring downtime into moments of fun as you shoot, punch, and blast your way to victory.