Today, we’re bringing some much-needed good news to those of you who enjoy purchasing and collecting mini arcade cabinets. Several popular titles are being miniaturized and are expected to be made available for purchase through Arcade 1up before the end of 2020. The titles in question include the all-time favorite classic arcade game, Ms. Pac-Man, as well as Marvel vs. Capcom: Clash of Superheroes, the third entry in the popular fighting game series, which contributed to the franchise’s launch into widespread notoriety.

The announcement came directly from the team at Arcade1Up during IGN’s Summer of Games presentation, during which they revealed the two aforementioned titles alongside several other ones. The total lineup of articles includes, aside from Marvel vs. Capcom and Ms. Pac-Man, X-Men vs. Street Fighter, Marvel Super Heroes in War of the Gems, Big Buck Hunter, and Marvel Digital Pinball, a new virtual pinball machine based on popular Marvel characters, and a few others.

However, while titles like Ms. Pac-Man and Marvel vs. Capcom are front and center in their respective cabinets, some of these come packed along with some other games. The distribution of the games are as follows: 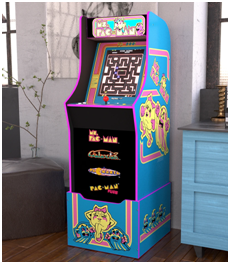 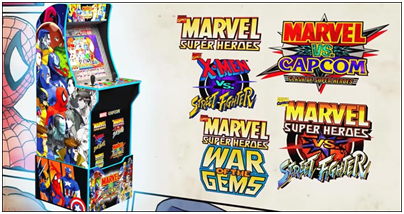 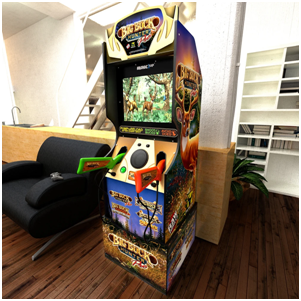 The former Ms. Pac-Man cabinet constitutes a big win for Arcade1Up as it’s notoriously difficult to get a license for this game, considering how lots of companies are constantly vying for the rights to publish it. Moreover, this is the first time that the arcade version of the game has been made available for folks at home.

The Marvel Digital Pinball game is a bit different, considering that it’s a virtual recreation of a game that’s usually mostly-mechanical. Nevertheless, the cabinet itself comes equipped with all the bells and whistles necessary to recreate an authenticate pinball experience, but miniaturized. Among its many features, we can find an accelerometer that allows users to nudge the machine just as they would in a standard pinball game, as well as solenoid-enabled buttons for accurate feedback. The screen itself is a 24” recessed monitor, which is quite formidable and provides a good, clear visual of the field. And since this is a digital version of a pinball game, it comes packed with 10 different Marvel tables that the player can choose on the go. 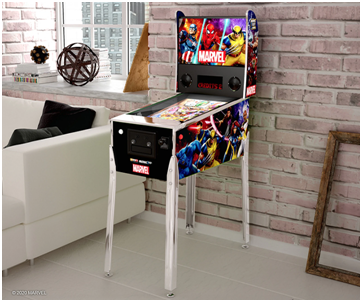 The post Ms. Pac-Man, Marvel vs. Capcom, and Others Join the Lineup of Arcade1Up Miniature Cabinets appeared first on PrimeTime Amusements.